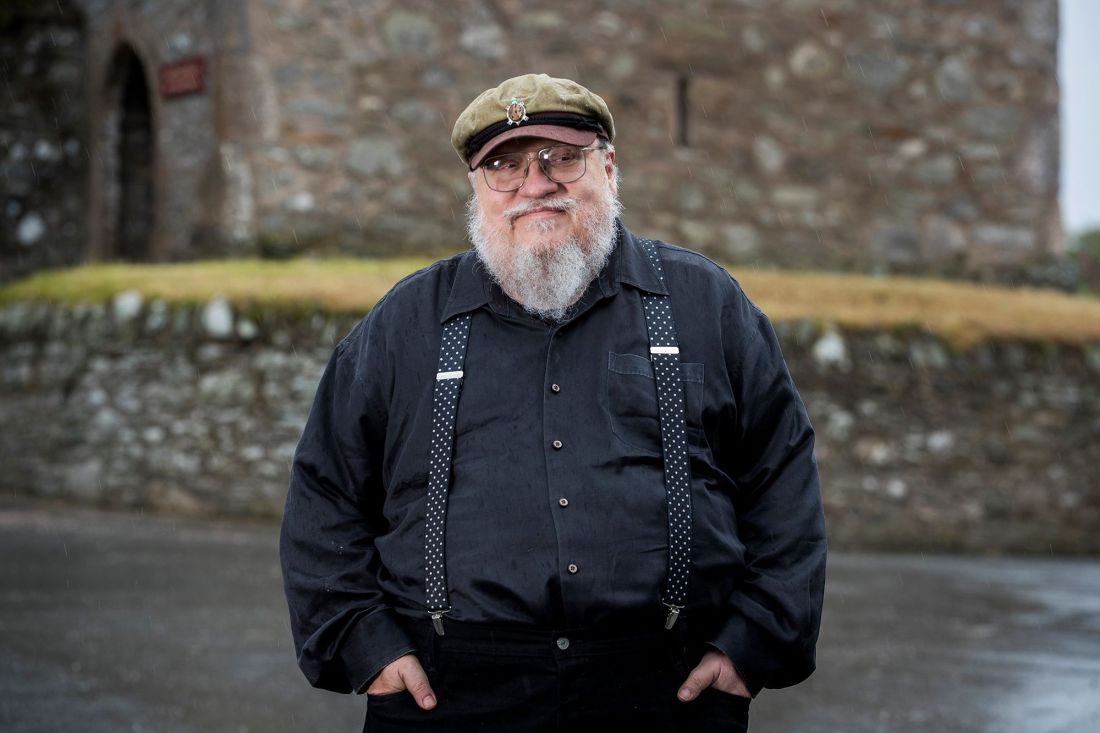 Well, maybe that’s a bit of an exaggeration; but we can’t exactly say that the events in a Song of Ice ad Fire don’t bear a striking resemblance to things that George R.R. Martin doesn’t own. Thus to celebrate the end of Game of Thrones here are eight of them. Why eight, instead of ten? Why, because there were eight seasons of Game of Thrones…not because I couldn’t think of ten.

8. The Lancasters and the Yorks

The Lancasters and the Yorks were two cadet branches of the royal house of Plantagenet. House of Lancaster was descended from Henry III’s second son Edmund Crouchback; while House York was descended from Edward III’s fourth surviving son Edmund Langley, first Duke of York.  Both houses produced several English Kings over the years, and were major players in the war of the Roses. A series of battles between claimants to the throne which ended with the ascension of Henry VII to the throne and his marriage to Elizabeth of York.

George R. R. Martin’s Battle of the Five Kings is heavily based upon this war. In fact as we look closer can see parallels between GoT Characters and the members of Lancaster and York. Particularly King Henry VI (King Robert Baratheon), his wife Margaret of Anjou (Cersei), their supposedly cruel son Edward, Prince of Wales (Joffery) and Margaret’s enemy and the King’s once trusted adviser Richard of York, 3rd duke of York (Ned Stark).

This video from TedEd explains it better than I can:

I mean he didn’t even really change the names.

I know, this is a bit of a cheat – but hear me out, before you light your torches. Most of our modern perceptions of the Plantagenet line, the war of the roses, and particularly Richard III don’t come from history itself, but their depiction in William Shakespeare’s plays.

Our closets parallel between GRRM’s and Shakespeare’s works is Stannis Baratheon. Like Shakespeare’s Richard III, Stannis vies for a throne his dead brother once occupied – by calling his nephews illegitimate and trying to take the throne from them. However, unlike King Richard, not only does he not succeed, but his nephews actually are illegitimate. We might also see some similarities between Stannis and Macbeth – both desired to be king, both rely on the prophesies of  ‘witches’; and both end really regretting it – though possibly for different reasons.

He is often cited as the first official king of his country, despite there being many, many kings before him. He is a conqueror, a descended of royalty from a distant land; and the first of a ‘great’ dynasty stretching through the centuries.

And that man’s name is Aegon Targaryen …what? You were expecting someone else?

5. Empress Matilda & her cousin Stephan I

Once upon a time in a land not so different from our own there lived an old king, who named his daughter as his heir. But you see girls could not be kings – they could be Queens but everyone seemed to forget this – so the throne  went to the princesses’ closest legitimate male relative.

Which pissed the Princess off…so there was a war, and many people died.

This is the story of the English civil war between Empress Maud and her cousin Stephan I. Sorry no Dance of Dragons in this story, but my god that description did sound like something else, didn’t it?

4. Hadrian (Or rather his wall)

I’m a Wildling. What? Haven’t you seen the show, or read the books? According to George R R Martin anyone who lives behind Hadrian’s Wall is a Wildling; and I live in Scotland. What? It was just based on it…you mean to tell me there’s not a giant ice wall separating one part of Britain from the other? I’ve been lied to! Right, where’s my mammoth, I’ve got a wall to scale.

3. The Massacre of Glencoe

In 1691, every Scottish Clan was called upon to renounce the desponed Scotish/ English King James VII (brother to the previous king Charlse II) and swear their alligances instead to King William of Orange (husband to James VII’s daughter Mary). Because of externuiting cercumstances Clan MacDonald was ever-so slightly late with their pledge thus the King’s men degreed that the clan was to bne cut down ‘root and branch’.

By claiming the sacred right of hospitality the soldiers were able to gain access to the castle, since the MacDonald were obliged to shelter them. When the Clan had retired for the night, the soldiers slaughtered them in their beds; several woman and children escaped in the night, but because of the storm outside they soon died of exposure.

Meanwhile, sometime in the early nineties George RR Martin wrote a shockingly toned down version of this tragedy into his Song of Ice and Fire.

From the medieval setting, the word Warg, the character of Samwell Tarly, to the very R. R. in his name – it all bares a striking resemblance to another fantasy epic author we know well. To be fair, almost every fantasy released after Tolkien’s work steals from him in some way; and Martin certainly doesn’t do it as blatantly as someone like JK Rowling does. That being said, it is still strange that a man who professes to not like things like Fan-fiction would have such great similarities between his work and another author’s .

Finally, in honor of his Royal Majesty King Bran the Broken; First of his Name; King of the Andals; and the First Men; Lord of the Six Kingdoms and Protector of the Realm; I present to you the Celtic god of Prophecy and Ravens…Bran.

Okay, so when you get down to it there’s not a huge wroth of similarities between this particular King and God – I doubt very much Bran Stark will have his severed head used for prophecies; yet it’s still very weird to be innocently researching Celtic gods and to come across a Game of Thrones name. And not even a random one like Ned or John; no, given Bran was the God of Prophecy and Ravens – its very likely that the character who becomes the three eyed Raven was at least partially based on this Celtic Mythological figure.

Now, you might be asking yourself – what exactly did I intend to prove with this bizarre wee list of mine? That we shouldn’t take inspiration from other sources? No, of course not – no one would ever write anything if that were the case. That perhaps Martin should be less critical to those who write in pre-existing worlds considering how little of his own work is wholly original? Hmm, only slightly. Mainly, I think it’s important a to draw attention to the Historical, Mythological and Literary influences of Game of Thrones. Because no matter what you thought of the Final episode – we’re still feeling the loss of it, as we would with any show we loved. But if we dig deep into our own history and mythology we can discover that the story isn’t over. Just because they’re not called Targaryen doesn’t make the Kings any less mad, or the wars they waged any less terrible. When you look at it that way, we don’t even have to wait for GRRM to finish ‘The Winds of Winter’ to get our Thrones on.

If you’ve enjoyed this mad little foray into my mind, follow the wee blog if you haven’t already; or check me out on Twitter or Instagram. Until next time my wee readers from both sides of the Wall…have a bonny day.

Just a brief note before we leave, if you’ve enjoyed this and other posts like it on the Wee Writing Lassie, why not buy me a Wee Cup of Coffee, or drop me a tip over on Ko-fi. Which is linked to the image below.

Buy me a Wee Cup of Coffee