Design a site like this with WordPress.com
Get started
Skip to content
weewritinglassie The Wee Lassie's Top Ten, We're all going on a Wee Holiday 29th Jun 201917th Mar 2021 4 Minutes

Well I’m back, my Wee Readers. After 7 days up in the Cairngorm National Park staying at one of the Hilton Hotel’s Timeshares, I have returned with photos, and ideas for blog posts galore. Now, you may be asking yourself, if she had such a spectacular time up in the Highlands…why is she just talking about the food she ate? Well, that could be for one of two reasons.

Reason One: I’ve actually got several blog posts planned, and I’m starting with this one because I’m very tired from my holiday, and it was the easiest to write.

Or Reason Two: My mind has only three modes – Writing, Reading, and Eating, repeat when necessary.

Decide for yourself which sounds more plausible to you . 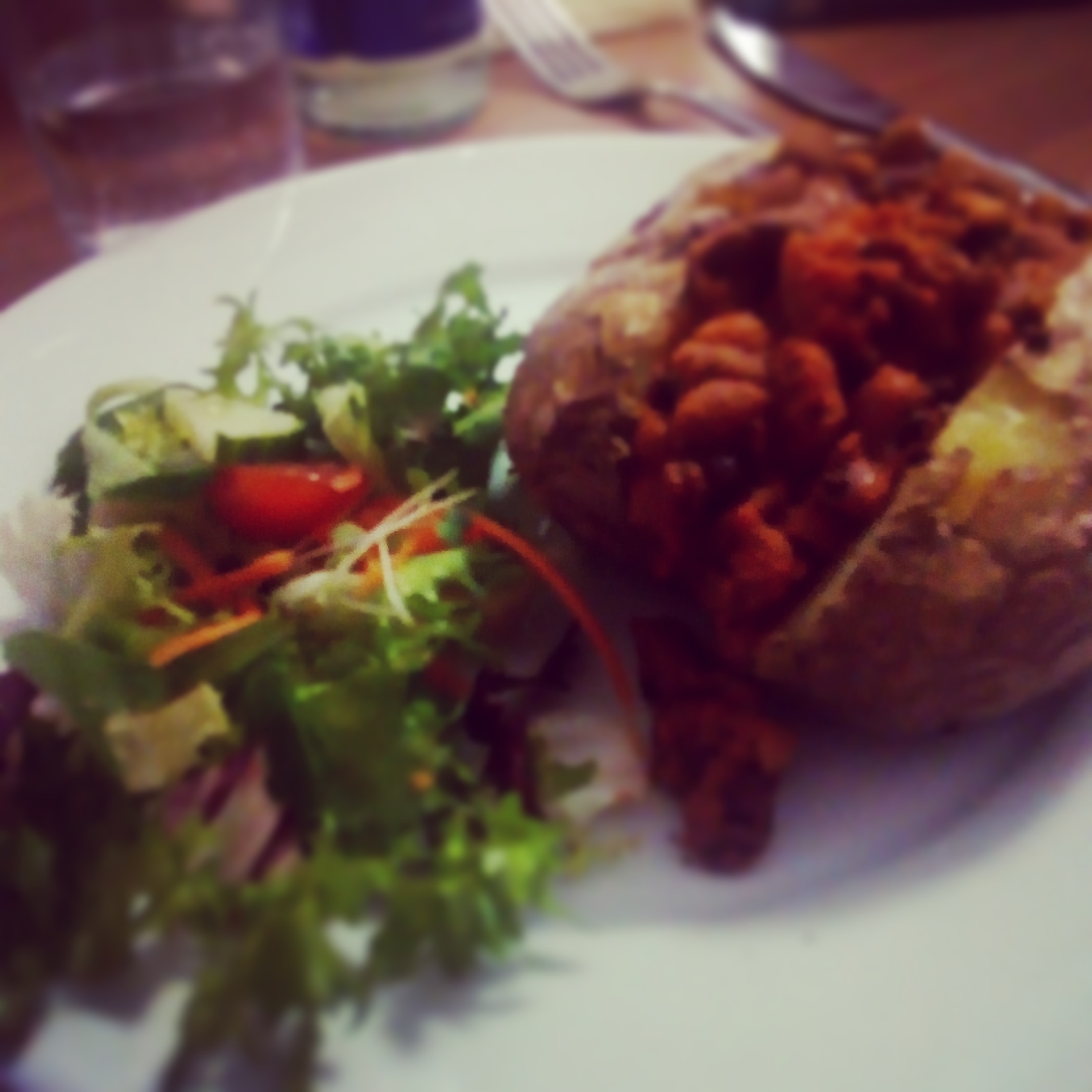 We start this onslaught of vegan food-porn with a stop to Christies Garden center situated in the town of Fochabers .  They actually had an entire vegan menu, meaning we could each choose something different –  which for someone who was raised vegan in the North of Scotland, and now lives a good hour away from the more exciting Vegan Restaurants – is still a relatively novel concept. We got to eat different things from each other – and they weren’t all just different forms of chips!!

Subway has Vegan Sandwiches now! Subway has Vegan Sandwiches now! Eeeeeh! Sorry, sorry I blacked out with the joy of it. This Sandwich consisted of tomatoes, red onions, pickles, cucumbers, sweetcorn, some kind of nut fillet (but to be honest I’m guessing with that particular filling, I don’t actually know what it was); and my favorite, the jalapenos. I love jalapenos – the more feeling I loose in my tongue the better.

Behold the ever elusive creature that is the Vegan Frozen Pizza – rarer still to have a well known brand stamped on the box. I love this new vegan explosion of choice, I have so many more unhealthy things to eat than when I was growing up. I’m going to get so fat just because I can now !

Picked fresh at the Findhorn Foundation – these juicy morsels of fruit are the perfect welcome home from a house that missed us dearly. Now, am I implying that the berries  were lying out like that for us when we got home? That my house has somehow reached sentience enough to go shopping? Don’t be silly, I’m not insane – where would a house possibly buy berries from?

3. Chips & Beans from the Happy Haggis

These chips were pretty delicious considering they were bought from a restaurant that I’m fairly certain was chosen purely for its name. Admittedly ‘The Happy Haggis’ is a very hard name to turn away from, and we’re Scottish – we know what a Haggis really is. That’s about it, I mean what else can I say, they were chips – awesome chips, but its not like they were a Five Bean Chili or anything. Speaking of…

2. Five Bean Chili, but this time with rice.

Run!! It’s the Return of the Five Bean Chili!!!! You may be asking yourself why this portion of Five Bean Chili gets its own allotted space instead of just squeezing in with its predecessor? Could it be that despite coming from the same restaurant, and going down the same gullet, one was widely inferior to the other? Particularly because one of them had been served with a side of coleslaw, because our server hadn’t really been listening when we asked for the Vegan option. I don’t mean to sound bitter, but it cannot be denied that the Chili that came with the side of rice was superior to the one that rode in on a bake potato. Also there was more of it for some reason.

And finally we reach the end of this little list of vegan gluttony with, what was hand to god, one of the best breakfasts I’ve ever had. The Mountain Cafe located in the town of Avimore boasts an impressive array of vegan items on its menu. However if you’re in the area I recommend you stop in for Breakfast; whether it was the spectacular Potato rosti, or the the hash brown balanced on top of it; the sausage, the tomatoes or even the bake beans, the Veggie Breakfast is the most delicious thing you will ever taste. I don’t know how you make bake beans taste that good, or even significantly different from all other bake beans, but somehow they managed it. And the Mushrooms, oh my God, the Mushrooms…there are no words to describe the mushrooms.

Well that’s the end of it – wow, this took much longer than I thought it would. If you’re interested you can find these photos and many more like them from my holiday, up on Instagram. Or check me out on twitter to follow the procession there. I do have two more holiday related posts planned, but we’ll see how long those take – so, as always my wee readers until next time, have a bonny day.

Just a brief note before we leave, if you’ve enjoyed this and other posts like it on the Wee Writing Lassie, why not buy me a Wee Cup of Coffee, or drop me a tip over on Ko-fi. Which is linked to the image below.

I am a Dyslexic, Mildly Autistic , Vegan, Science Fiction / Horror Writer & Freelance Editor in Training. View all posts by weewritinglassie

Buy me a Wee Cup of Coffee